We are creating Music of New Times, New Age not at traditional significance - it's Music of the Source.

We create changes in here-and-now
We tell about beauty and harmony of the world as we see it, about Happiness and about Love.
Alive Melodies and Rhythms of Creation

We play music of several different directions, and time itself shows us the moment of this or that movement, tools, styles, directions vary, all begins anew.

Music, vibrations of a sound, merging with vibrations of the world create new. It is a Creation. All constantly change, moves, in search. There is no improvisation, there is no rehearsal: it's all one. You create, you play before Infinity. And it closely listens.


In the program Piyot/laughter, Vargan and Something else, we create playing with different sounds in which we have found the Force, on jew's harps of different nations (Altay, Yakut, Bashkir, Vietnamese, Chinese). Whatever sounds: the guitar, a flute, a violin or percussion unites them together a jew's harp, examples on an album: " Pijot \ Laughter "

Melodies of the Near East - a traditional voice of the Syrian lute - al-oud and a drum of the Earth - darbuk - with throat singing.
Music of Movement. Music of the open space.
Maqsum, Chants Popular (16 century)

ARE RECORDED The jew's harp ALBUMS:
Speciality of all albums of DZIAN SENARO is an "alive", direct, simultaneous, sometimes "field" and concert recording.

- all opportunities of jew's harp which we knew and which we could play.
So: Everything that is here ,
Singkhron,
Theme ,
Signals of theSpace,
ROCK (Modern style),
Spirit of steppe (Infinity) ,
Dialogue of Komuses . 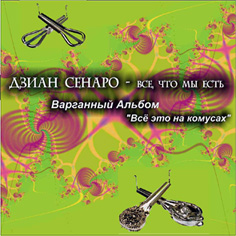 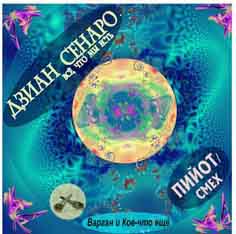 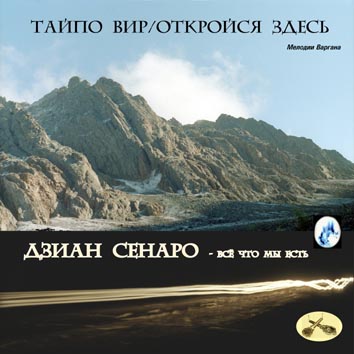 Concerts
On November, 4th, Saturday - a concert " the Legend on Scythians, their origin and the end " on rekonstruction festival Zilantkon-2006 in Kazan, throat singing, topshur, buben, tambourine.

Demos on realmusic.ru
YU.T. (in memory of the left friend)

Sirian lute, al-oud (la-oud or al oud - on arabian the tree is literally) - string the tool, a primogenitor of a popular medieval European lute of IX century and subsequently the guitars, sung in well-known " One thousand and one night ". One of the most ancient tools widespread in the Near East, Caucasus, Central Asia. It is known since VI century. The case is made from a tree or from a pumpkin, under the form reminds a cut of an olive, a signature stamp short without lads, the head is unbent back, a deck flat with 1 - 3 apertures. Originally had 4 strings; in IX century Ziriab has added 5-th string. At modern tools of 5 dual strings - "choruses" (6-th is sometimes added, bass). A sound soft, quiet. Today al-oud is the basic musical instrument in the Arabian and Armenian music. In VIII century, during invasion of moors, the tool gets into Spain and has very quickly won the Europe, becoming (beginning) known as a lute. On it sang in Middle Ages the songs of the minstrel and troubadours in Italy, France, Germany and other European countries.

Vargan (altain komus, khomus, jews harp) - the most ancient self-sounding a musical instrument. In this or that form meets in ancient cultures of the majority of nations of the world. Vargan since olden days the tool connecting the person with the Source, for dialogue with the Nature.
Down to 18 centuries has been widely widespread in all territory of Eurasia, Western and the East Europe, Russia, Siberia, Central Asia.
To learn it is more about this tool it is possible here.

Buben - also one of the most ancient musical instruments at many nations of the world. In an antiquity shamen, representing buben (tambourine) the horse or a deer, made travel, Trees moved on World (Global), addressed to Forces of the Nature and the Source.
Here it is possible prohonour a fairy tale on magic force of game on buben.

Times of the Middle Ages in the Europe have been penetrated by comprehension of the Maximum (Supreme) beginning, and all life has been subordinated to it (this).
In music it there was a special (perfect(absolute)) harmony and rhythmics, three-part a pulsation, as reflection three-combine the General (Common), unity of a melody - as Unity of all under the uniform beginning, to which all striving.
Music was spiritual (church chanting, prays, eulogy), noble and national.

Subscribe for dispatch of our news! (in Russian)
Concerts of ethnic groups in Moscow, the festivals, new albums.